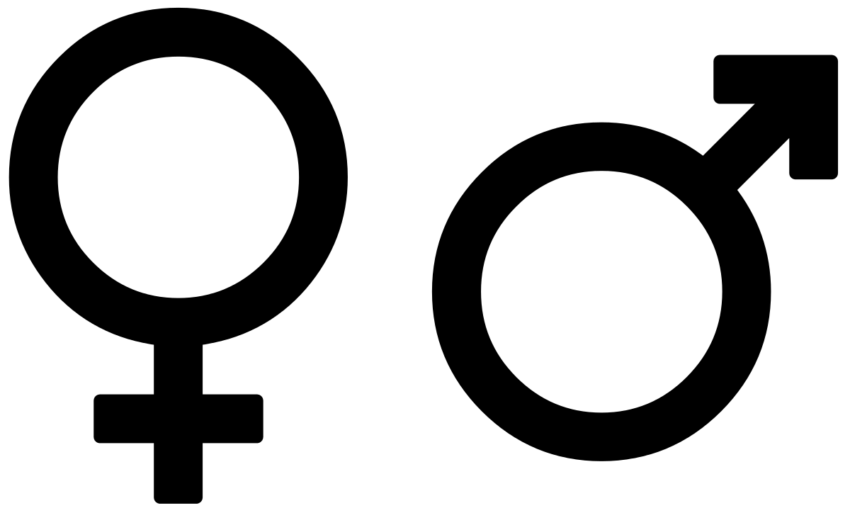 The following terminology explains the way I perceive the world at the time of this writing. It should help in understanding the rest of the text:

You can try to change my mind about these definitions, but don’t expect to be very successful. I hope these are uncontroversial definitions for someone with an understanding of feminism anyway.

Also, in the context of discussion on trans issues, I use the following definitions, which I believe are also uncontroversial, though I’m not very attached to these personally:

First of all, a brief summary of how I view trans people…

My hypothesis so far is that sex and gender dysphoria are probably rooted in deeply absorbed gender stereotypes, and that therefore gender abolitionism might solve these issues. Transitioning is an emergency solution to an emergency situation and should be offered to people experiencing dysphoria, and if there continue to be people with dysphoria in a gender abolished society, so be it, we can offer the choice to transition indefinitely. I have no problem with it, and accept e.g. a trans woman as being socially a woman for day to day purposes, even though she is biologically a man/male. I’m against male violence of all forms, including against trans people.

You would expect that these are considered fairly sensible views, but sadly some aspects of them are perceived as being bigoted.

Gender identity politics would have it that a transgender woman is truly a woman, i.e. female. It asks for a different definition of sex that relies not on reproductive function, but on another immutable quality of a person, such as an aspect of their brain/neurology. This way a woman can have a male anatomy, which she might or might not want to change. Gender identity politics suggests that if society were to accept this notion, it would solve all the problems transgender people have for being transgender.

Dissent with this narrative is seen as bigotry, literally. Saying that transgenderism is defined by dysphoria rather than by being literally female/male in a male/female body is not allowed.

There are many issues with this.

Accepting the notion of a sex dimorphic brain has the danger of supporting the idea that gender is natural rather than sexist. That females and males are drawn to femininity and masculinity because of their nature.

People have told me that this isn’t necessarily the case; that a trans woman might be drawn to feminine things because other women indulge in feminine things. So the trans woman has a connection to women that is deeper than femininity, and she, along with other women, would stop partaking in femininity if gender were to be abolished. Through this line of thinking, we avoid implying that “female brains” are actually drawn to femininity by their nature.

This leaves the question what exactly this deeper connection is, that trans women have with women, and where it comes from. If a trans woman shares neither the anatomy nor any innate preferences of women, then what does she share with them? How does she ever come to realize that her brain is female like that of other women, if there are no behavioral markers of a female brain?

I can see one invoking sex dysphoria here, i.e. the distress one feels over their sexual anatomy and the desire they feel for having the other sex’s anatomy. One could suggest that women have a female brain because they feel fine over their female anatomy and would presumably feel sex dysphoria if they had male anatomy; and that trans women have a female brain because they feel sex dysphoria in their male body and would not feel it in a female body. Sadly, this seems unfalsifiable. (We would need to put a woman’s brain in a male body and see if she experiences sex dysphoria…) It also leaves open all the other issues I will touch upon.

Very late addition: also, to try to define “true transgenderism” such as by deferring to the occurrence of sex dysphoria in an individual is badly discouraged and may get one labeled “truscum”. One is supposed to accept all claims to transgenderism, even if an individual states that they feel no sex dysphoria and do not show any desire to change the sexed parts of their anatomy.

If women-only political groups were to draw a clear line in what people to accept, based on a shared experience of oppression, then reproductive sex seems like a good choice. According to gender identity politics, this is literally bigotry.

Trans women in advanced stages of transitioning may experience some of the same issues female-born women do, such as sexual harassment, and workplace discrimination. A women-only feminist group might or might not accept some trans women based on this partial shared experience. In my opinion, it would be a failure in one’s feminism not to let female-born people make the decision on this.

The uncritical acceptance of the mantra “trans women are women” naturally leads to demands of feminism to give trans issues a high place in their agenda, since trans women are then perceived as one of the most badly suffering group of women.

However, as explained in the last point, trans women and women have quite different experiences under patriarchy, and as explained in the fore-last point, women have good reason not to accept trans women as truly women. Once we see trans women as males with sex/gender dysphoria, does it still make sense to say that feminism should allocate a lot of its resources to them? To me, it seems as absurd as to say that feminism should allocate resources to Syrian refugees, or cancer patients.

Insofar trans women have shared goals with women, such as fighting male violence, lots of cooperation can happen. But demanding resources to be allocated to trans woman-specific issues, when they are really males with sex/gender dysphoria, and when feminism doesn’t exactly have an abundance of resources, seems absurd. Allocating resources to issues specific to trans women, such as access to health care for transitioning, furthers none of the goals of feminism, such as fighting patriarchy, or improving the living conditions of women under patriarchy for the time being.

One of the biggest talking points of gender identity politics is that trans women are receiving a vicious amount of violence, often fatal, and that therefore they are in urgent need of support, and any dissent is seen as utterly irrational and as being complicit in the violence.

This is rather strange, given that women accepting trans women as women is unlikely to magically stop violent men from attacking trans women.

Violent men attack non-passing trans women out of homophobia and/or the punishment they think men deserve if they don’t conform to their assigned gender. Women/feminists accepting trans women as women will do nothing at all in changing these men’s minds about whether non-passing trans women are or aren’t women, since these are already men with the most primitive and backwards beliefs and behavior a man can possibly have.

For passing trans women, the way society thinks of trans women makes no difference anyway, since they are not identified as trans women.

Trans women can cooperate with women to fight male violence, but I don’t see how seeing trans women as true women is a prerequisite to this. It seems like a distraction that only hinders the cooperation.

It is very sad that this probably contributes to the social stigma on non-passing transsexual women, i.e. some form of serious transphobia, but one cannot simply ignore the problem of sexually deranged men who claim to be transgender women.

I don’t know yet how common this is exactly, but some women have created fairly large collections of examples of self-proclaimed transgender women behaving in sexually predatory and/or physically violent ways, before and/or after transitioning.

This topic needs addressing, in some way. Usually it’s dismissed as being equivalent to promoting right-wing bigotry and fear mongering, which does not exactly help to reduce the anger of the women who are rightfully concerned over this issue.

(On a side-note, “you sound like a conservative” is a very old and tired anti-feminist tactic. Feminism has clashes with male-centered left-wing politics and that is not a secret.)

(AKA the “cotton ceiling”.)

I’m not sure if a person’s sexual orientation includes attraction to a certain type of genitalia, or whether it’s mostly about the whole body at large. For me personally, it’s about the body at large; a passing and good-looking trans woman can easily attract me, and male genitalia alone do not serve as a turn-off or trigger a homophobic response. The prevalence of “shemale” pornography suggests that this is a larger phenomenon; that heterosexual males in general don’t have a problem with male genitalia per se.

However, I don’t know whether this can truly be generalized among males, and whether it carries on to females at all, specifically lesbian women.

Saying that lesbian women are being bigoted by categorically refusing to consider bepenised trans women as sex partners shows an utter ignorance and/or insensitivity towards the problem of male supremacy and its role in sexuality.

Erratum: As it has been pointed out to me: in fact, no lesbian has to consider any trans woman as a sex partner, regardless of whether they do or don’t have a penis, full stop. Reasons may vary, and you should refer to lesbians themselves to get their authentic opinion. I would reason that the bottom line lies in that trans women are not, after all, simply female individuals.

Bullying women for cherishing their sex

I’m not sure how often this happens, but it does, and one time is one time too many.

Women cherishing their anatomy or physiology, such as vulvae, uteri, pregnancy, motherhood, etc., is occasionally called cissexist and erasing of trans women.

Like many anti-woman ideas of gender identity politics, this is based on the presumption that trans women are truly a type of woman, and that the refusal to accept this notion supports their oppression and indirectly the violence that is committed against them.

Tell me if I missed anything.